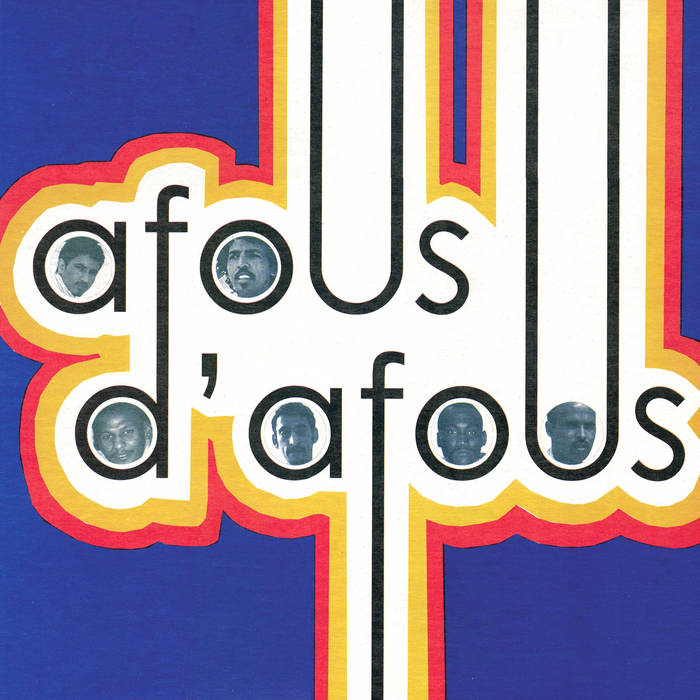 In the past decade, there has been an explosion of ethnically Tuareg rock bands on the world music stage. Built around the electric guitar, the genre ranges from stripped down minimalist nostalgia filled ballads to distortion heavy tracks for dancing. Known collectively in the West as “desert blues” for it’s pentatonic scales and finger styles that recall Americana, in the Sahara it’s simply known as “guitar.” The style has emerged as contemporary pop music back home and today there are hundreds of bands, playing locally in weddings and public celebrations. The effect of the world music industry is not lost on the Sahara however, and the Western music market still maintains dominance over the Tuareg guitar scene. For the majority of Tuareg “guitar” bands, success still comes via the West. Artists travel abroad to record albums, and there are no shortage of indie-rock heavyweights anxious to jump into the role of producer.

An exception to the rule is Kader Tarhanine’s group “Afous D’Afous.” This six person rock outfit from Tamanrasset in southern Algeria is by all accounts unknown in world music circles. However, at home in the Tuareg community, they are without a doubt the most celebrated, famous, and in demand group, second only to Tinariwen. Kader Tarhanine rose to popularity in 2010, with his recording of a song “Tarhanine Tegla” (My Love is Gone). The track, a low-fi love ballad, recorded with a crunchy electric guitar over a pacing drum machine, went on to become an anthem throughout the diaspora (earning Kader the nickname “Kader Tarhanine”). In 2015, Kader formed his group “Afous D’Afous” and traveled to Algiers to record the full length debut “Tenere.” The 9 track album was released on CD in a limited run in-country, accompanied by a huge press rollout. The band appeared on Algerian national television, quickly becoming a country favorite and representative of the Tuareg ethnic minority. The album quickly disseminated throughout the diaspora, traded on cellphones in the conflicted Azawad, beamed through private WhatsApp pirate networks, and soundtracking smuggler’s routes, blasting from Land Cruisers at high speeds through the border zones of the open desert.

“Tenere” is a departure from the rest of the contemporary Tuareg rock albums. Of the myriad of Tuareg releases that have caught the ear of the West, only a tiny few are produced at home, sans Western producers. “Tenere” offers some of the most complex compositions in the genre to date, tightly arranged and polished. There is something sonically throwback, though Afous D’Afous crawled out of 70s rock studio album. It is long cited that Tuareg rock styles are largely inspired from heavyweights Dire Straits. This may be the most true to form rock album to date, and there is certainly a few riffs that recall Mark Knopfler. The electric guitar, front and center, drives the tracks with uptempo rhythms, all led by the soulful voice of Kader, measured and balanced with the chorus call and response. In addition to this classic rock aesthetic, the production adds some unlikely elements, reflective of contemporary globalism - layering pitch bending North African synthesizer, reverb-saturated dub, and even Indian tabla and sitar!

While Tuareg guitar has become a commodity in the world music industry, Afous D’Afous has continued to in relative obscurity, all while remaining one of the most popular guitar outfits amongst Tuareg fans. They tour constantly throughout the Sahara to sold out crowds in Bamako, Niamey, and Agadez. They have yet to tour abroad. The irony is not lost on the band, and we’re excited for the opportunity to partner with them to correct this glaring oversight.